Logic Apps are part of Azure Integration collection. Azure integration is a collection of various Azure tools and frameworks that addresses all integration needs for an Enterprise. Logic Apps are used for core workflow processing. Service bus is Microsoft’s cloud-based queuing mechanism. It provides a durable queuing infrastructure that is highly scalable. Event grid is Azure’s event processing system. It provides near real-time eventing to many events inside Azure. API Management is used to safeguard and secure both internal and external APIs. Azure integration is functions are a lightweight streamlined unit of work that can be used to perform specific tasks. Using the on-premise Data Gateway, Logic Apps can seamlessly call into your on-premise systems. The on-premises Data Gateway has support for many systems including on-premise SQL server, SharePoint, SAP, IBM DB2, as well as BizTalk Server. The on-premises Data Gateway can even be used to monitor a local filesystem. This blog addresses Logic Apps only. 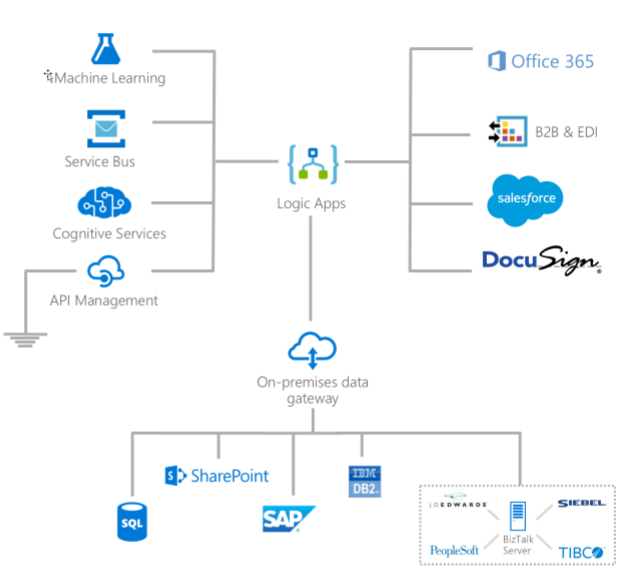 Design and Development of Logic Apps

You have two options for building our Logic Apps: 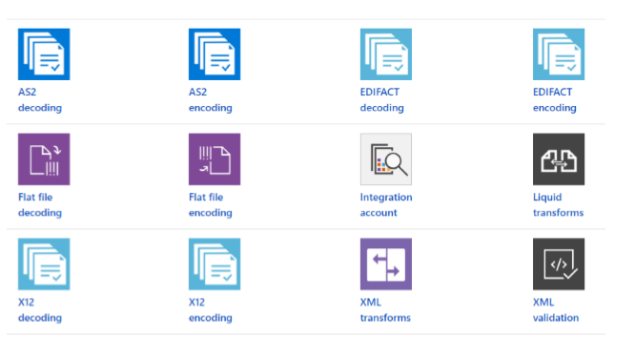 Actions are the building blocks of Logic Apps. Most actions are also connectors. There are a few different ways to add new actions to a Logic App. The first way is at the end of the Logic App. Underneath all the other actions you will see a button to add a new step. If you click this button, you will be able to add a new action. If you are working with actions like the scope or condition action, you have the ability to add additional actions inside them. At the bottom of that action, you will see an add action button. The last way to add a new action inside a Logic App is in between two existing actions. Simply hover between the existing actions, and a plus will show up. Click on the plus and you will have the ability to add an action in between the two existing ones. Once you add a new action, the add action dialog box will pop up. This will give you the ability to search connectors and actions to find what you’re looking for. You can also narrow it down by selecting All, Built-in, Connectors, Enterprise, or Custom. This will display all the connectors that are available. When you click on a connector, it will list all available actions that are supported by that connector. Most connectors have more than one action. If you do not select a connector, you can simply select actions in the Actions selection menu and scroll through all available actions. There’s a lot of actions available to you. Since there’s so many actions available to you, it’s highly recommended to select the connector first and then see the list of available actions for that connector 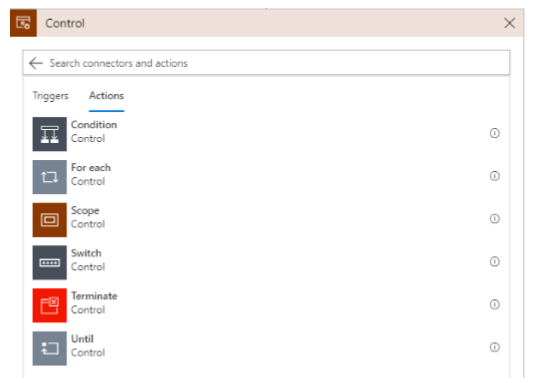 Flow control is used to control the sequence of logic through a Logic App. All flow control actions are listed under control.

Moustafa has over 20 years of experience developing software solutions, leading the Architecture, Design, Coding, and Refactoring of many large projects. Moustafa is a published author and acted as a referee for the IEEE Software magazine with International and US experience.  Moustafa specializes in Enterprsie architecture and development consulting services on Azure, .Net, Hadoop, and Spark platforms with C#, Scala, Python and Java languages